Cambridge & Counties Bank, the specialist lender, has lent £2 million to an experienced property developer and investor to help fund the acquisition and redevelopment of a number of properties across North Nottinghamshire into residential and commercial use.

Developers and Investors Glyn Beech and Julie Taplin, long-term clients of the bank, have recently refinanced two completed renovation projects. Agility House in Mansfield Woodhouse, a former police station that has been converted to provide a number of self-contained offices, which have been let to a range of local businesses including Mencap’s Regional Offices, whilst 26-28 Grover Street & 8 Beardall Row buildings in Retford; a Grade II-listed building has undergone a major conversion and refurbishment programme to create a number of self-contained flats and retail units. 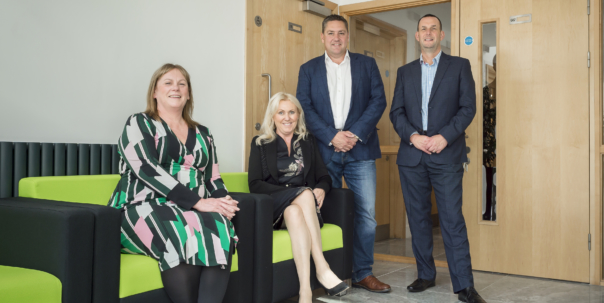 Glyn and Julie are experienced and successful property investors, employing their own in-house tradesmen, architect and accountant. They also operate a successful lettings agency which manages both their own properties and those of other landlords. The pair have been clients of Cambridge & Counties Bank since April 2013.

“We see strong opportunities for the real estate sector in the Nottinghamshire region and are delighted to be able to make these new investments. We look to partner with best-in-class stakeholders and the support from the team at Cambridge & Counties Bank has once again been exceptional.”

“Glyn and Julie have an exemplary track record with us, and we are delighted to be supporting them as they expand their portfolio. They have over the years focused on the traditional residential and multiple occupation market in the North Notts area, the majority of which have been purchased and fully refurbished or converted to a very high standard. We look forward to continuing this relationship further.”