For us, banking goes beyond a simple transaction. Whether you’re a first time customer, or long-term broker, our dedication to providing excellent customer service never wavers.

We strive to ensure every conversation is valued, unique and most importantly, heard. No robots or algorithms that make you feel like nobody is there to listen or understand. For us, it’s about building strong relationships through mutual trust, understanding and respect, whether you are an employee, customer, or a business partner.

Owned by Trinity Hall, Cambridge and Cambridgeshire Local Government Pension Fund, we are the result of two well-respected institutions who joined together to create a responsible expert-banking specialist. Our main aim was to bring back all the great elements of a traditional bank, combining these with all the speed, efficiency and innovation of a contemporary lender. The result? A fast and flexible way to invest and grow with us, and safely save with us. 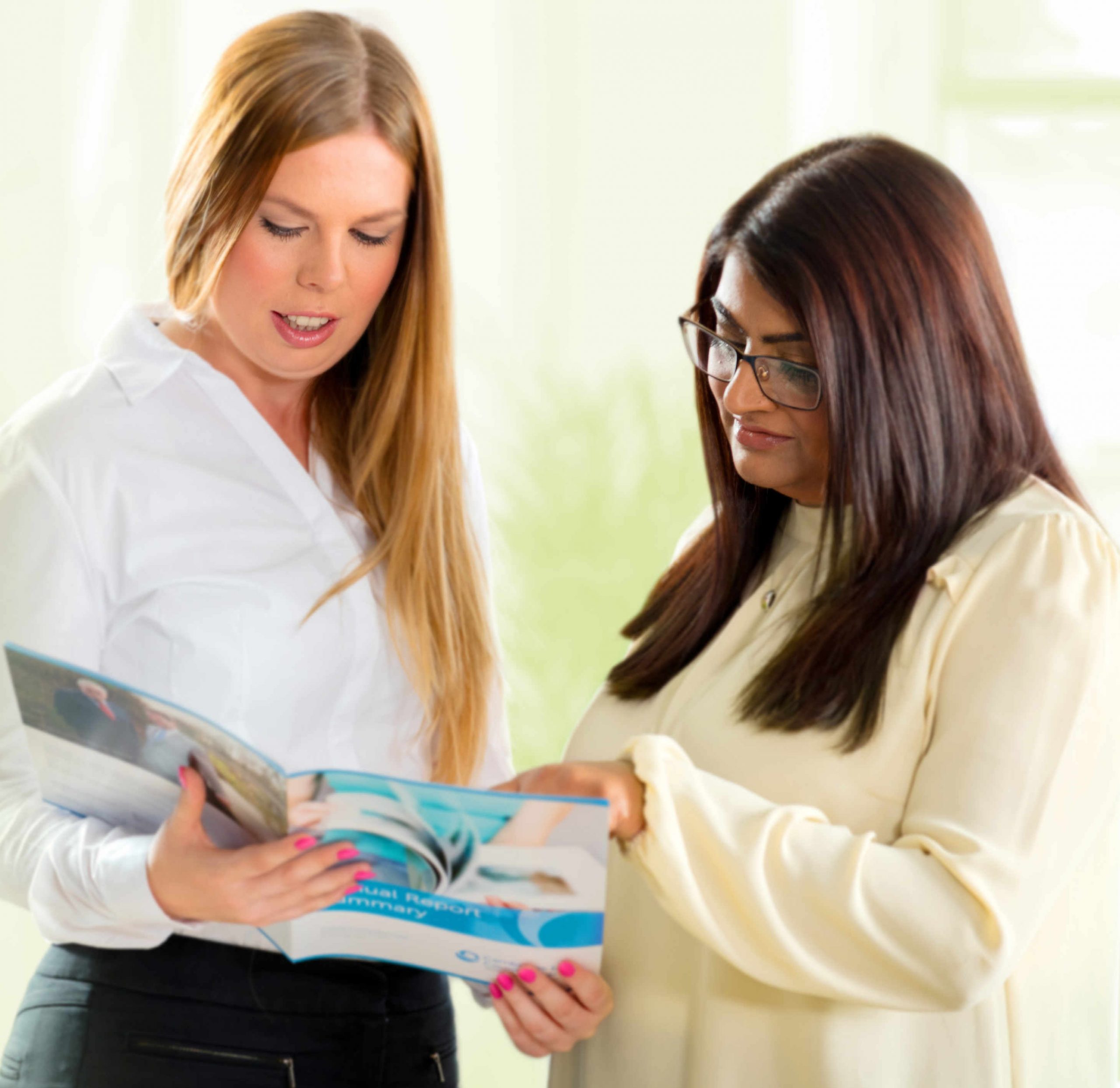 Our solutions are straightforward and easy to understand. You can be sure there are no gimmicks, hidden features or jargon.

When you do business with us, we’ll make sure its in a way that works for you. We’re always here to support you and when you get in touch, it will be with a member of our UK based team.

Our approach is to be open and honest, and keep you updated every step of the way. We take the time to understand your needs and use our expert knowledge and pro-active attitude to support you.

We are flexible in finding the right solution. We will always strive to find something that works for you and your business.

We value you, your time, and your needs. We approach each situation with an open mind, and truly listen to understand.

The way we do business sets us apart from other banks and our board of directors have been appointed because of their experience, vision and values.

Learn more about our board and why their experience means they’re the right team to lead Cambridge & Counties Bank.

Donald is a career banker having joined Bank of Scotland after graduating from university. He has held leadership roles at Lloyds Banking Group, Virgin Money and Co-operative Bank. Experience gained in corporate and transactional banking led Donald to specialise in SME banking with customers that he believes are the backbone of the UK economy. Managing Director positions in distribution, operations, risk management and strategy culminated in his appointment as Chief Executive Officer for Cambridge & Counties Bank in November 2020. 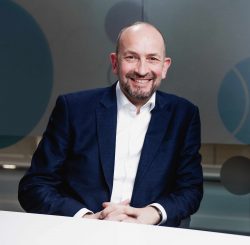 Andrea joined Cambridge & Counties Bank as CFO and Board member in 2017, prior to which she held similar roles at a start-up challenger and USS Ltd. Andrea qualified as a chartered accountant with KPMG before moving into financial services and has 20 years’ experience ranging from banking licence application, acquisition and integrations through to strategy development. Andrea has a proven track record from her executive leadership roles with Lloyds Banking Group, Bank of Scotland and National Australia group. Previously, she has also served as a Non-Executive Director and Deputy Chair for a large NHS Foundation Trust.

Andrea is passionate about motivating teams to ensure that the Finance & Treasury functions are valued and trusted business partners that at the heart of the business. 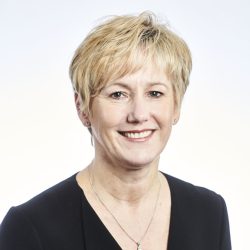 Simon has over 30 years’ experience in financial services predominantly centred on business development and property lending. After starting his career in 1985 working for NatWest, Simon moved around the Midlands to broaden his knowledge by leading business development teams for Bank of Ireland, Yorkshire Bank and latterly leading the Handelsbanken in Leicester.

After joining Cambridge & Counties Bank in 2012 as its first Business Development Manager, Simon took over responsibility for the national Property Finance team in 2015 and has been at the centre of the Bank’s successful balance sheet growth due to his commitment to delivering a service led and broker-centric business. In 2017, responsibility for the asset finance sales team was added to his duties with Simon joining the Board as the Bank’s Chief Development Officer.

Outside of the Bank, Simon is a very proud Non-Executive Trustee of Age UK Leicestershire and has acted as the charity’s treasurer for over 10 years. 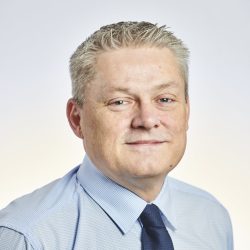 Mike joined Cambridge & Counties Bank in January 2020, before which he was the CRO for 7 years at Brown Shipley & Co Ltd. With nearly 40 years’ experience in Financial Services working across all the risk categories, Mike has spent most of his career within banking and lending, helping ensure firms have the appropriate risk and control environment.

At Cambridge & Counties Bank, he is responsible for the management and oversight of the Bank’s credit risk and control framework which also includes helping the Bank meet its regulatory obligations, as well as its legal and company secretarial accountabilities. Mike also oversees the bank’s response to climate change, as well as broader environmental, social and governance activities.

He’s passionate about ensuring the broader Risk Management team provide the appropriate support to the Bank, allowing it to continue to grow securely. 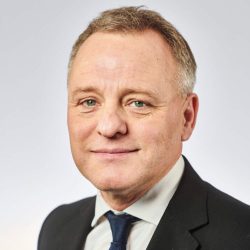 Simon joined Cambridge & Counties Bank when it was formed in 2012, as Non-Executive Director and chair of the Nominations and Remuneration Committee. He was appointed Chairman of the Bank in October 2016.

After leaving the British Army, Simon began his banking career in 1992. He completed his training with Lloyds Bank in 1994 and spent the bulk of his career with Chase Manhattan Bank in London and New York. He also worked with Barclays Bank where he was the regional director for the corporate banking business in Wales and the South West of England.

Simon was a member of the management board of the Confederation of British Industry (CBI) from 2013 until 2016 and the director responsible for London, the South of England, and Financial Services.  Prior to that, he spent three years as CBI International Director leading the work of the CBI in support of its members outside Europe. 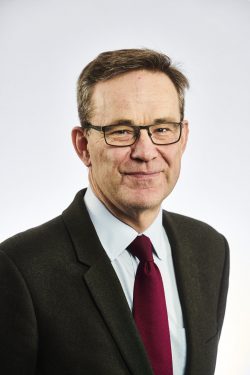 Ian qualified as a Chartered Accountant in 1985 and joined KPMG the same year. He was appointed as Partner in 1998, remaining there until his retirement from the partnership in 2010. During his time with KPMG, Ian had responsibility for the firm’s Midlands and South West financial services practice.

During Ian’s 20 years in the financial services sector, he has provided audit and advisory services for a range of clients including banks, building societies and other regulated bodies. His experience covers commercial and retail banking across a broad range of institutions. Ian began his association with Cambridge & Counties Bank in 2012. 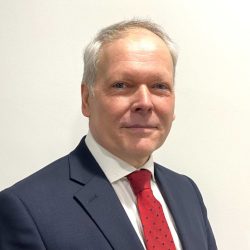 Caroline has over 25 years’ experience in financial services, specialising in marketing and customer experience in both the UK and US. After a decade as Marketing Director with Legal & General, Caroline progressed to become one of the first Customer Experience Directors within the Insurance sector. She has since led customer driven change programmes across a range of other organisations in the public and private sectors. Caroline has held several Non-Executive Director positions in the financial services industry and public sector over the past ten years and is currently on the Boards of the Rail Safety and Standards Board, Lifesight Ltd (the Trustee for Willis Towers Watson’s Master Trust pension scheme) and is a Trustee of Alzheimer’s Society. 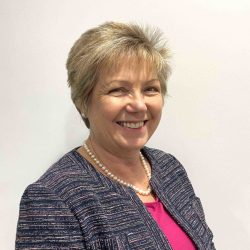 Richard has over 40 years’ experience in the finance industry. After qualifying in auditing, Richard spent most of his career in the private sector working with FTSE 100 companies in positions that handled Financial Reporting and Control. 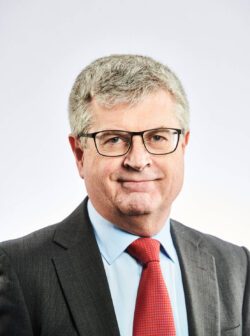 Nick has over 35 years’ experience in financial services with a broad experience of banking, asset & liability management, risk management, trading and general management.

He started his career in 1982 at the Allied Irish Banks Group and served as Group Treasurer, Group Chief Risk Officer and Chief Executive of AIB Group UK. Nick was also director of AIB Capital Markets Ltd, Allied Irish Capital Management Ltd, AIB Group (UK) plc and was a member of the AIB Group Executive Committee before retiring in 2012. 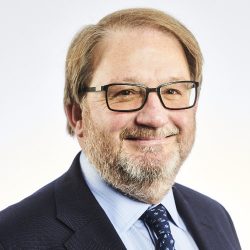 Tim is the shareholder representative of Trinity Hall, Cambridge where he has been Bursar since March 2020. Prior to that, he was Bursar of Corpus Christi College, Cambridge for seven years.

He has 26 years’ banking experience, mainly at Schroders and Citigroup, where he led the Equity Capital Markets Group for Europe, the Middle East and Africa. Tim's speciality for 20 years was in financial institutions where he oversaw Citigroup’s equity underwriting activity, recapitalising a wide range of European banks in the aftermath of the global financial crisis. He is also the Treasurer of Gates Cambridge, the charity founded by the Bill and Melinda Gates Foundation, to support outstanding graduate students’ study at Cambridge University. 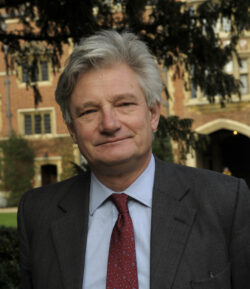 Awarded Carbon Neutral Plus status for the period 2019/2020

Further expansion in Scotland with the appointment of Area Director

Patron member of the National Association of Commercial Finance Brokers

Record growth reported with a Profit Before Tax of £24.4m for financial year 2017

Signed the ‘Enable Guarantee’ with the British Business Bank

Record growth reported with a Profit Before Tax of £18.1m

Double winners at Investors in the Environment's annual awards

Asset Finance win New Challenger of the Year, 2016 in the Leasing World Awards

Charity cycle from Lands End to Leicester raising close to £6,000

Find out more about us 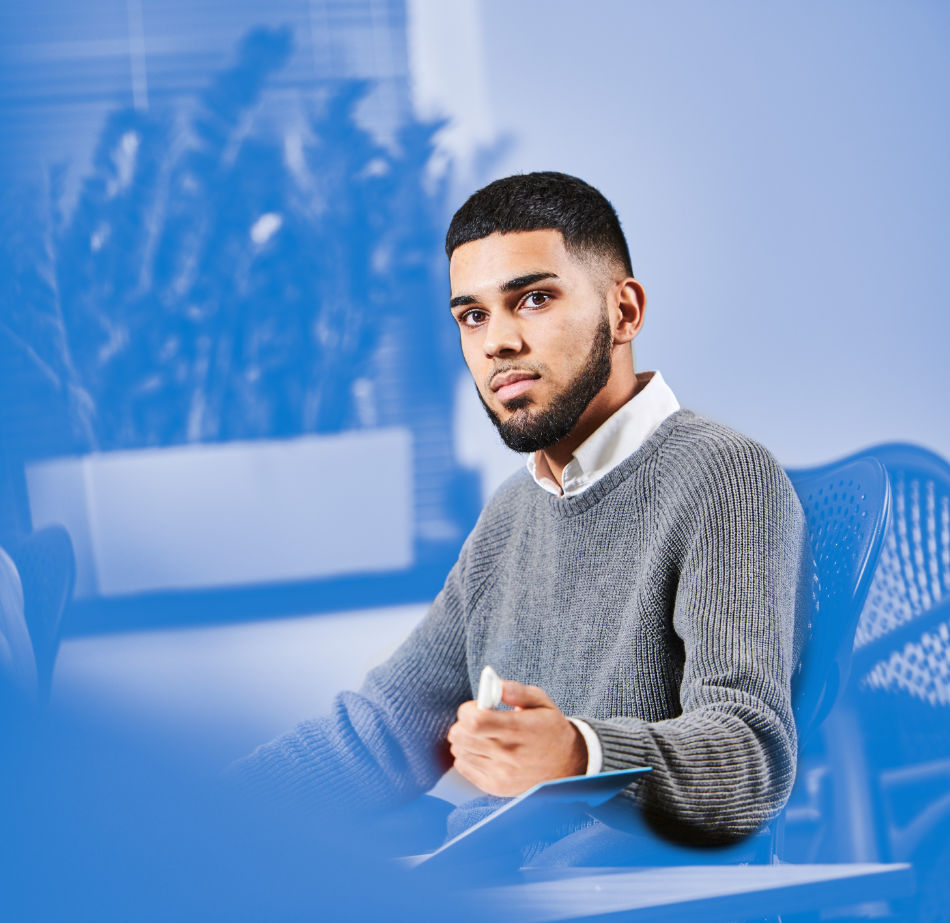 Our people sit at the very heart of our business and are a crucial part of our success. We take the time to recognise and develop the talents and expertise of our people, who are all proud to be part of a growing and successful business. We’ve come a long way since 2012 and are still going strong. Make a difference, be part of our journey

Read about how we're doing and the progress we're making.

Take a look at the awards we've won, as well as the sponsorship and partnerships that we have developed

See our commitments to you, our environment and the community.

We want to make a difference by supporting our community and local charities within it. Learn more about the work we do with charities.